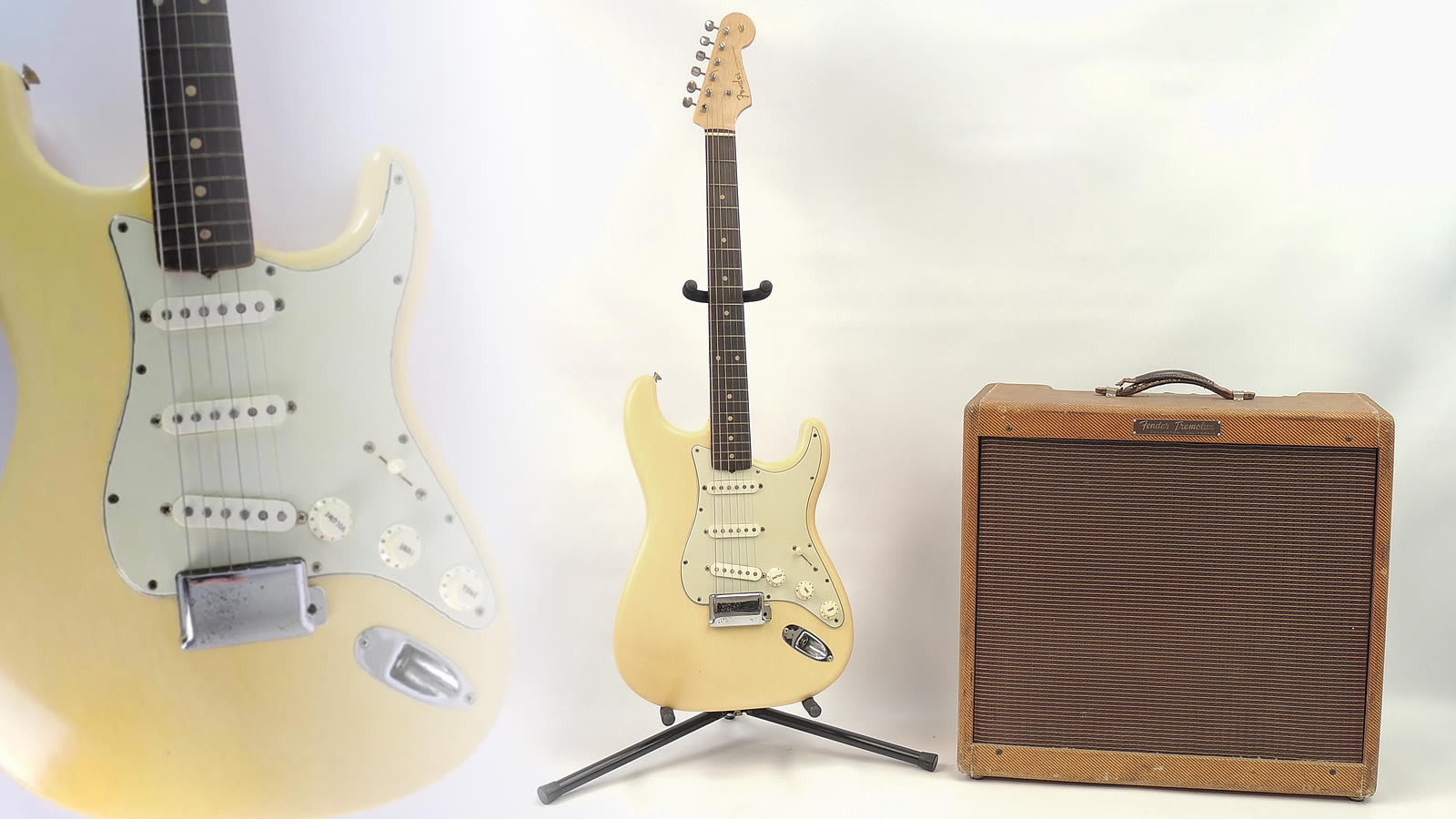 1959 Fender Tremolux amp also available along with several other guitars

Ottawa, Il – February 9, 2018 – (GuitarPR) – Matthew Bullock Auctioneers has announced the auction of a rare, one-owner 1960 Fender Stratocaster along with a 1959 Fender Tremolux amplifier. Several additional instruments including a Gibson ES335-TD Guitar, a Chet Atkins Country Gentleman, and a Martin D-35 will also be on the block as part of a major inventory of antiques.

To rock musicians and fans, few instruments can match the appeal of the legendary Fender Stratocaster – especially the 1960 model, which appeared just as the piano-and-sax based sugary pop and country of the 1950s was beginning to fade and clear the way for a grittier rock ‘n’ roll sound.

“This was a stunning find – a 1960 model being sold by its original owner. She ordered it new with the blonde body and is finally ready to part with it. The guitar is in A-1 condition,” said Matt Bullock, president of the auction company.

The Stratocaster was appraised at the legendary Gruhn Guitars in Nashville Tennessee and signed off by the one and only George Gruhn. The serial number is 53108. Additional details on the Stratocaster can be found on the live auction site at: https://www.liveauctioneers.com/item/59703363_rare-1960-fender-stratocaster-with-original-hard-case

The auction will be streamed live on the Internet, with remote bidding available. The live, in-person auction will begin at 9 a.m. on February 17 and 9:30 a.m. February 18 at the Matthew Bullock Auctioneers headquarters at 421 East Stevenson Road, Ottawa, Illinois.

The company is also actively seeking consignments for their upcoming musical instrument auctions.

More auction details are available at www.bullockauctioneers.com, or by calling 815-220-5005.