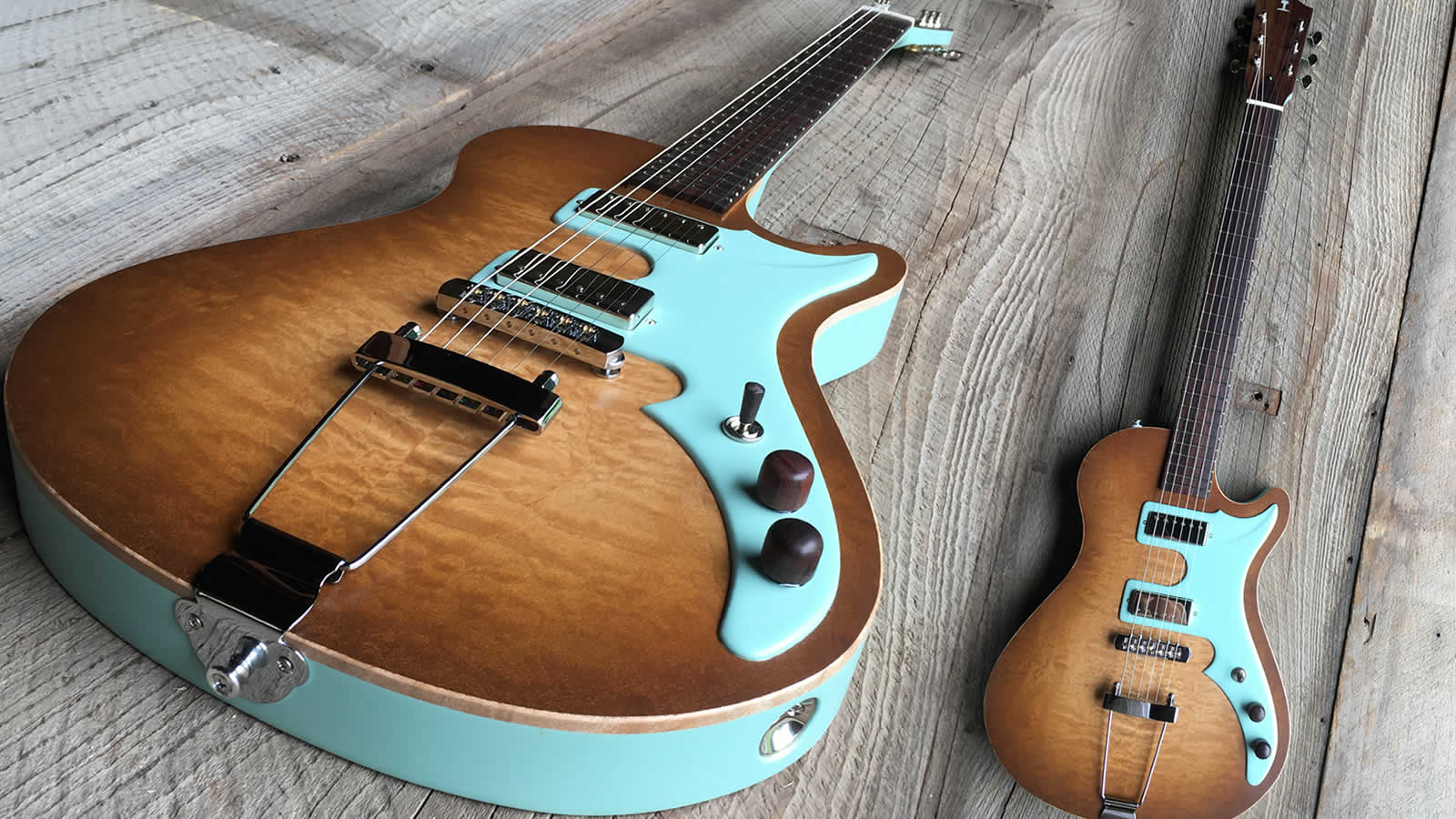 Sugar Grove, NC – October 5, 2017 – (GuitarPR) – Capozzoli Guitar Company is emerging from the woodwork. Known for years among a close circle of discerning and talented players, Chris Capozzoli is letting the cat out of the bag. The company that bears his name has been one of those lesser known but highly respected builders of stringed instruments that’s been creating extraordinary guitars, basses and more under the proverbial radar for some time. But that’s about to change.

One of Capozzoli’s strong selling points has been his creative use of reclaimed materials, largely among them has been a wide array of hardwood barn timber. Much of this wood has been collected from old, existing barns in the region where, in many cases, he has had exclusive access.

You’ll see Capozzoli’s use of these incredible woods in his established line that includes the beautiful “DC” semi-hollow double cutaway model, or the Kuiper semi-hollow single cut, as well as the Royale basses. At the same time, he has created other very unique, masterfully executed stringed instruments such as his Electric Banjos, Electric Upright Basses and Classical Electric guitars. His Acoustic guitars are also a testament to his versatility.

Building instruments with a clear conscious is paramount. According to Capozzoli, “All of our wood comes from credible and reclaimed sources, as I respect nature and do not support deforestation. All of our electronics and hardware are of the highest quality and purchased from the most reputable companies.”