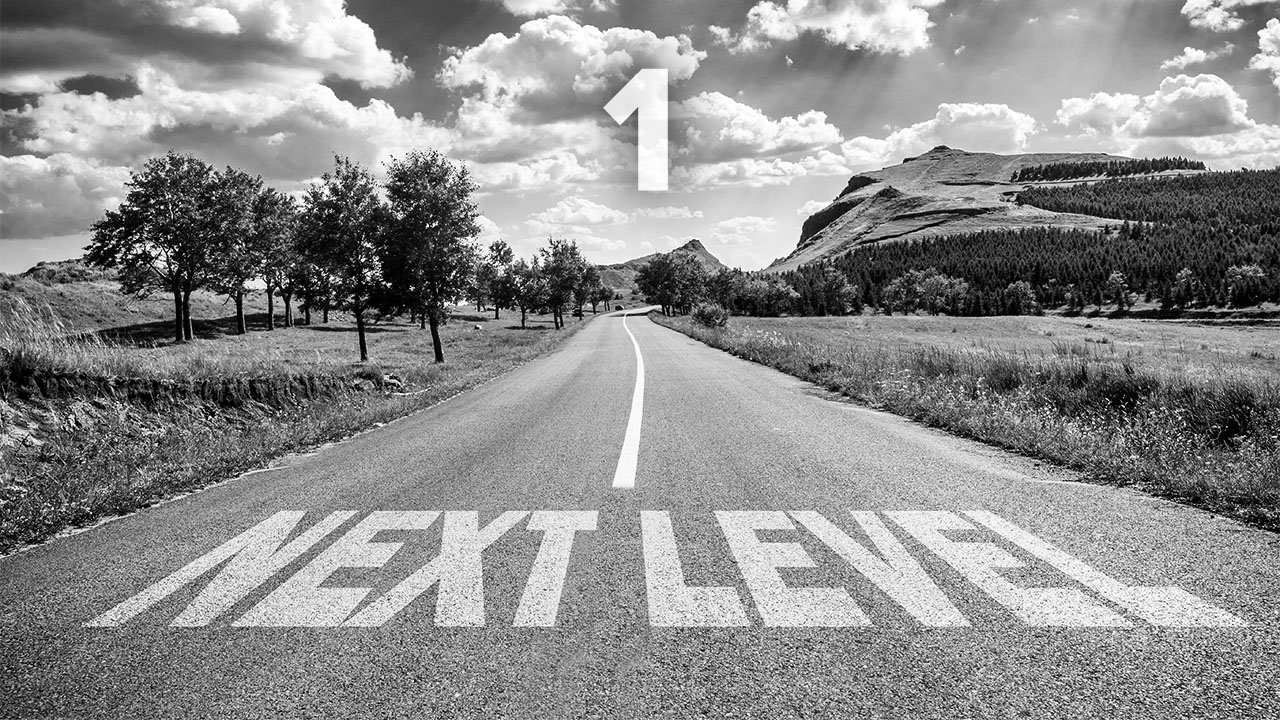 Now, I’m sure that most, if not all of you at one point or another have seriously thought about trying to take your business or career to the so-called Next Level. You may not have used those exact words but I’m guessing you know what I mean. And, by the way, there are lots of people out there who will tell you how to do that with probably as many different methods and plans for success. And many of those are likely to be thick and detailed. So, my first bit of advice on that is: Don’t make a decision based on thickness or details.

Much of what I’m about to tell you I’ve learned myself over the years from others, and in many cases I’ve integrated it with my own components. So, the first thing that needs to be present when initiating a move to the next level is Vision. And it’s a personal thing. You can listen to others and their ideas or vision, but in the end, it has to come from your own thinking. It has to be your vision if you are leading the way (and usually you are). You’ll need to see yourself in the vision, living the vision, operating in the vision as though it has already happened. That has to be your starting point in my view.

A key element in this process is clarity. The vision has to be clear to you. But here’s a word of caution. It doesn’t have to be exact in terms of all the things that need to happen for the vision to come to fruition. The vision itself may change and evolve over time. And, so we have to see the vision as part of something even bigger – something I often refer to as the destination.

So, let’s take a simple example to illustrate this. And again, keep in mind that this example may not relate to something you are doing but you can just make the appropriate substitutions.

Now, let’s just pick something out of the blue, like guitar building for example. And let’s say, for the moment, you are running a one-person shop. It could be 5 or 10 or more, but let’s keep it simple!

You may not be as limited as you think, but the fact that you believe in your limitation, is in itself limiting.

Now in your unique case, you may be feeling limited. You can only do so much with your time. You want to produce more. You want to make a better living. You want to build something unique and different, but you can’t do it under your perceived limitation. Notice I said perceived. You may not be as limited as you think, but the fact that you believe in your limitation, is in itself limiting. So you’re going to have to work at losing that notion in order to get past it. And I know, easier said than done, but just keep it in mind.

So first things first. Start visualizing the circumstances, the setting and the activity that’s going on at your next level. Maybe it’s an expanded shop, additional people working with you, possibly a partner or affiliation. Or maybe it’s having more capital to work with. That can make a big difference if it’s used productively.

Also I would suggest making notes about your vision. That takes discipline, but I can tell you that if you document your thoughts on a regular basis in whatever way works for you, you’ll be grateful when you discover you’ve forgotten that critical idea or thought you had a while back. Again, this is easier said, but worthy of repeating. And I’ll tell you why in a moment.

As I said, the next level for you, as you vision it, may turn out to be something completely different. It’s part of the bigger destination that is always defined in a more general way. Sometimes it’s about attaining a lifestyle, financial security, market position, or whatever. Getting to the next level is usually an important, but incremental part of that bigger journey. So as we are looking at our vision for the next level, it’s a good idea to make sure it will play a positive role on the path to your larger destination. That’s an important check box.

You know, in my own experience when I was younger, and then in working with other folks in later years, there is a common desire, maybe human nature, to want to know in advance how things are going to work out. In business, lenders and investors and other potential stakeholders want to know this. And they often want detailed business plans and more to give them confidence in the intended result.

In a talk I did recently, I spoke about the Perils of the Expectation Game. I explained the difference between Primary (or Operational) Expectations and Secondary (or Variable) Expectations. Well, in my view, most business plans, formal or not fall into the Secondary category. The outcomes are almost (if not always) variable. If we become too invested in narrowly defined expectations, we set ourselves up for all kinds of things that don’t end well. I’ll talk more about this later on.

So, by having a good sense of our larger destination, whatever that is for each of us, we can move deliberately forward to our next level with a clear vision, always keeping our options open on how it’s going to unfold. The important thing is to keep moving in the direction of the vision. And you do that by keeping the vision in mind, documenting it as you go and by not getting in the way when the pieces of the puzzle start to fall into place – as they will in one way or another.

Jeffrey D Brown is the founder and CEO of TrueMarket Group, the parent company of GUITARpr. With four decades of media, marketing and sales achievements in the business of the guitar world, he continues the journey as Managing Director of GUITARpr.
Page load link
Go to Top